Google announced it will release a brand new open source web browser called Google Chrome. Yesterday a site went up, and has subsequently been taken down at http://gears.google.com/chrome/?hl=en (as of this morning clicking this link take you back to regular old Google).

According to Crunchbase the features include: 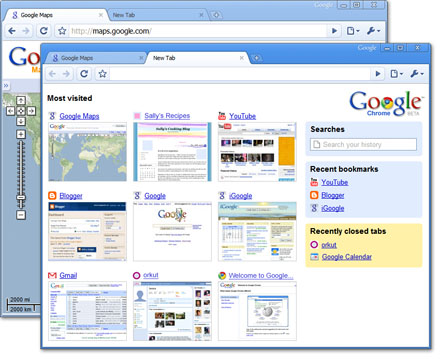 The official Google blog provides at a high level some of their intentions for the new browser.

Under the hood, we were able to build the foundation of a browser that runs today’s complex web applications much better. By keeping each tab in an isolated “sandbox”, we were able to prevent one tab from crashing another and provide improved protection from rogue sites. We improved speed and responsiveness across the board. We also built a more powerful JavaScript engine, V8, to power the next generation of web applications that aren’t even possible in today’s browsers.

I first noticed this on Blogscoped yesterday, and they have a rather lengthy breakdown of the feature (in detail) of what Google plans to implement in their new browser.

One of the most impressive technical innovations that Google has brought to Chrome is a multiprocess design. Each individual browser tab runs within its own isolated process, much like the way that processes work in an operating system. This will massively increase the robustness of the browser by insulating the application from bugs that cause crashes within individual tabs. The tab will go down, but the rest of the browser will remain unaffected. The multiprocess design also reduces the impact of memory fragmentation by ensuring that the memory used by a tab can be reclaimed completely when the tab is closed.

Another unique advantage of the multiprocess design is that it will allow users to see the distribution of memory between the various tabs and plug-ins used by the browser. Users will be able to use Chrome’s built-in process manager to see how much memory is being used by each individual tab so that they can properly identify the real culprit when the browser begins to hog resources. Google has a few other strategies for reducing memory consumption too, like extremely aggressive and heavily-optimized garbage collection.

They also provide this handy diagram on how the process manager will work. 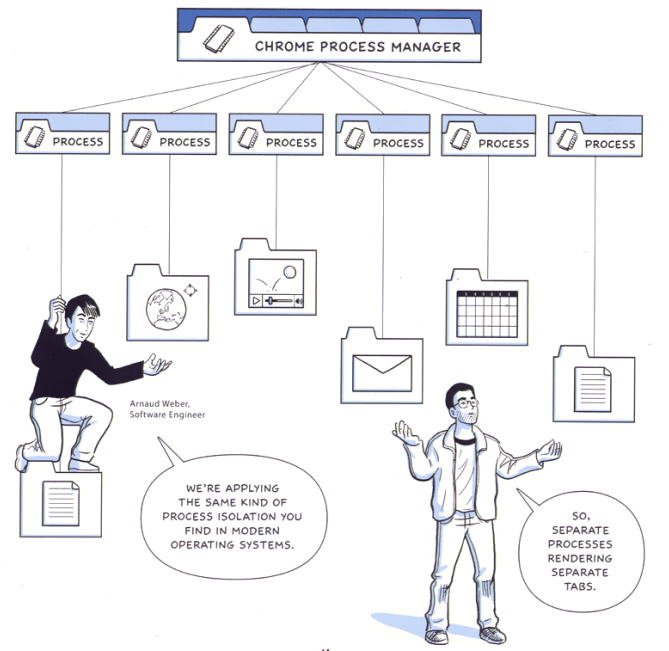 Of course the development of a Google Browser could have implications for the “new” kid on the block, FireFox. Apparently, Mozilla isn’t too concerned at this point despite the fact they get a large portion of their funding from Google (the pair recently renewed the deal to last through 2011). This tussle between Mozilla and Google is going to get more gripping in coming years. Mozilla has a services strategy â€” Project Weave â€“ that could eventually compete with Googleâ€™s suite of services.