You are here: Home / Tech / Chrome / 5 Extensions to Enhance Google+

Shortly before Google made the announcement about Google+ many people noticed a change the header bar (that displays links of other Google services) across the top of all Google pages. Google+ Enhancer userscript beefs up this bar by adding unread counts to the Google services you use.

Right now it supports Gmail, Reader, and Calendar by giving them the look of Google+’s orange notification button. Apparently you need to be logged in to Google+ to see them. The script requires Greasemonkey to be installed or a browser that supports userscripts to use make it work. This appears to be a very early build as the scripts discussion forum is full of people saying it’s not working on certain browsers. While this didn’t enable unread counts for me while on Google+, it DID enable Google+ to show up on my GMail, GCal, and Reader pages.

Surplus – Google Plus Integration for Chrome 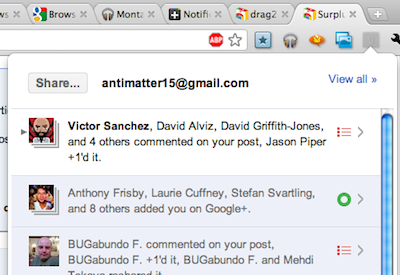 Surplus brings Google+ notifications right into your Chrome browser. No need to keep Google+ open or rely on emails when things are updated once this is installed. Surplus will allow you to post/respond from within the extension popup window, provides desktop notifications, as well as switch between multiple Google accounts. 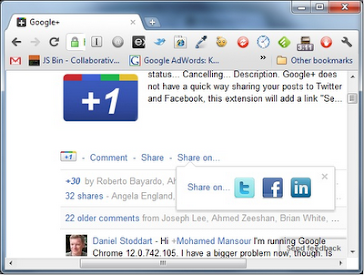 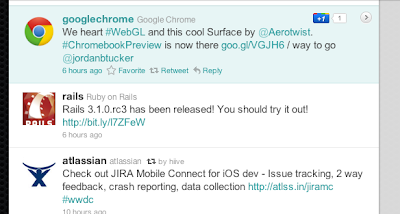 With the Tweets + 1 Chrome extension Google’s “+1 button” will appear next to tweets on your twitter timeline. Clicking Google +1 will then display that tweet under ‘+1?s in your Google+ profile. The number of +1?s a tweet has received will also be shown without leaving your Twitter timeline at all.

Note that this extension requires that you have enabled the new interface; it doesn’t work with the old Twitter UI. 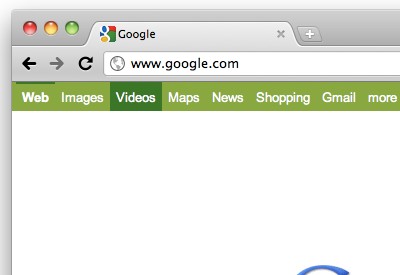 I personally like the look of the new header bar that Google has rolled out, but to each his own and if you’d prefer something different then the Google Plus Bar Color Changer is for you.

The developer says that it allows you to change the color “because the gray is utterly boring”. By default you only get green out of the Chrome extension gallery… There’s a also a pink and a blue version of the plugin.

Visit his website if you want to know more ways to configure it for additional colors.

Keep in mind that Google+ is still being called an “experiment” by Google and these extensions are just rolling out. Your mileage may vary with both the Google+ service (if you get in) and the extensions as the platform matures.