You are here: Home / Tech / Mouse Without Borders Lets You Share Mouse and Keyboard with Multiple PCs 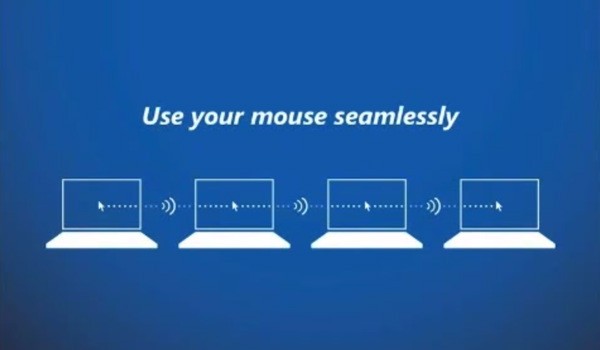 Back in the day we had to rely on KVMs (Keyboard, Video, Mouse) to share a mouse and keyboard between multiple computers. A KVM was a piece of hardware with a bunch of cables coming out that allowed you to hook one keyboard and mouse into multiple computers. Originally, they had toggle switches. While they sure made life easier and reduce some desk clutter they sure were clunky to use.

Microsoft developer Truong Do, working at Microsoft’s Garage (MS’s after-hours pet project program) he built Mouse Without Borders: software that lets you control computers on the same wireless network with one set of inputs as if it was one machine with a multiple display. Software KVMs aren’t really anything new. Synergy, Input Director, and even ShareMouse have allowed this for some time. What sets Mouse Without Borders apart is that it’s dead simple to configure and even allows seamless file transfer via drag and drop.

After using this for a while I can no longer recommend this. Your mileage may vary as my setup is pretty custom. My requirements are being able to use the mouse and keyboard to on my primary PC, to connect to a work laptop that it’s connected to a VPN and behind Enterprise Antivirus/Firewall. This simply doesn’t keep up. I suggest using Input Director or ShareMouse. I’ve had good luck with both.