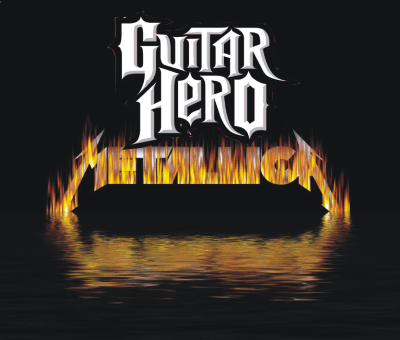 That’s right… Guitar Hero is releasing a Metallica version of it’s popular plastic instrument, rock yer nuts off game. It was only a matter of time… Metallica is simply the most challenging and some of the most fun songs to play on the Guitar Hero/Rock Band games.

In an interview that appeared in USA Today, Alan Flore, lead designer for Neversoft, as well as Metallica’s Kirk Hammet and Lars Ulrich talked about the new game. All three agreed that the game will be extremely challenging especially when it comes to the old Metallica songs. This goes across all instruments, with the drums featuring brutal double bass playing (only available by playing on “Expert Plus”). This game will likely be the hardest rocking, most challenging version of Guitar Hero yet.

Cyber Nations is a free persistent browser-based nation simulation game. Create a nation anywhere in the world and decide how you will rule your people by choosing a government type, a national religion, ethnicity, tax rate, currency type, and more in this new geo-political, nation, and government simulator. Build your empire by purchasing infrastructure to support your citizens, land to expand your borders, technology to increase your nation’s effectiveness, military to defend your interests, and develop national improvements and wonders to build your nation according to your choosing.

Declare war on others and purchase from a wide variety of military options including soldiers and tanks used to defend against and attack your enemies, cruise missiles to bomb their cities, and nuclear weapons to bring wrath upon those who dare cross you. View your nation on real world maps and watch as your borders expand (or recede) over time. Communicate with other nations through private internal messages or discuss and debate issues in the Cyber Nations Forums. Send foreign aid packages and trade with other nations to grow your nation and improve your status in the Cyber Nations world.

Cyber Nations is an Internet web based game about simulating nation building and management and will require you to exercise your management skills on a day to day basis. You can play Cyber Nations with most modern web browsers that have JavaScript enabled. Cyber Nations runs 24/7 so even while you are not online your nation will still be active allowing other players to interact with you through trade offers, foreign aid offers, war declarations, private messages, and much more.

Visit the Cyber Nation Forums where there is a very active community ready to help and answer your questions or the Cyber Nations Wiki for lots more information as well. 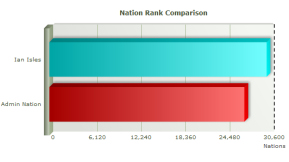 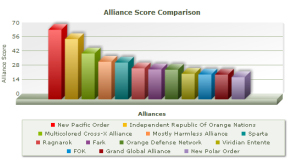 As previously mentioned (How to get 20 free songs for Rock Band 2), MTV Games and Harmonix have announced that twenty free DLC Tracks will be made available to Rock Band 2 owners. The tracks will feature artist from all over the world and the release date has been set for November 4th 2008. The new tracks will bump the already impressive song list to 100 songs. 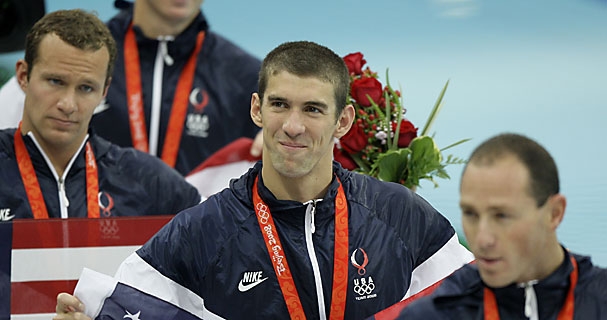 â€¢ By the end of the swimming program, Phelps played a part in 47 percent of Americaâ€™s 17 overall gold medals and three-quarters of its 12 swimming medals. The contribution is made more significant by the fact that no Americans took silver in any of his five individual events.

â€¢ His 16 career medals â€“ eight gold in Beijing and six gold, two bronze in Athens â€“ rank him only behind Soviet gymnast Larissa Latynina, who won 18 medals in three Olympics from 1956 to 1964.

â€¢ He broke or had a part in breaking seven world records in his eight events. Only in the 100-meter butterfly did he or his relay team not establish a world record.

Simply put, this man is simply a machine. But there’s more… during the 200-meter butterfly he started off with water in his goggles. That’s right, he was handycapped from the beginning and still broke a world record.

Phelps said, â€œI could just swim, thatâ€™s the only thing I could do at that point. I couldnâ€™t take them off; I had two caps on. I couldnâ€™t rip them off; I couldnâ€™t fix them. I couldnâ€™t empty the water out. â€¦I couldnâ€™t see. I was trying to see the T on the bottom, trying to judge my turn and the finish, but I was more or less just sort of counting strokes. I sort of know how many strokes I take per 50 and I was hoping that I was going to be dead on and that I was going to be able to hit the wall perfectly. I was able to get my hand on the wall first and it was a best time, but I think I was just disappointed that, that I know I can go faster than that and it just disappoints me that my goggles â€” I did have a malfunction â€” but thereâ€™s nothing I can do and I handled the situation the best way that I could.â€

A pair of Harvard researchers are saying what everybody who’s grown up with a controller in their hand already knows, violent video games donâ€™t turn children into killers. According to a newly published book, â€˜Grand Theft Childhood: The Surprising Truth About Violent Video Games and What Parents Can Doâ€™, psychologists Lawrence Kutner and Cheryl Olson dispel common myths about violent games. In their two-year study, they found that there was no data to support any causation between games and real-life violence.

Kutner and Olson studied 1200 middle-school children in a $1.5 million federally funded study. Instead of studying the children in the laboratory, like other studies, the pair actually sat down and talked to kids after long bouts of game playing â€“ sometimes in excess of 15 hours a week. The lucky kids played a variety of games from the very non-violent The Sims to grandma shooting, pedestrian bashing Grand Theft Auto.

They discovered that children who played violent video games â€“ those rated Mature or above â€“ were just relieving stress. Some children did exhibit some playful fighting after playing games, but this was similar to what children have always done after watching action or Karate-type movies.

51% of male children who played 15 hours or more of violent games per week were involved in fights in the past year compared to 28% who played regular video games. For girls, 40% of the violent game players were in fights compared to 14% of the non-violent players. Despite the figures, Kutner and Olson say this is just a correlation and that the fighting was probably due to an underlying psychological problem that children had before playing the video game.

Perhaps the most startling finding (at least for people the likes of Jack Thompson) is that boys that donâ€™t play any video games at all are now considered to be socially inept. A danger sign for boys is â€œnot playing video games at all, because it looks like for this generation, video games are a measure of social competence,â€ says Kutner and Olsen.

I wonder if Kutner and Olsen will now do a follow-up study to find out if the children who play GTA4 will have increased carjacking skills?

You can get the book online from Amazon for about $16.