You are here: Home / Archives for Tech / Apple

By using the Manage Views settings within the Google+ mobile application you can customize your stream viewing while on the go.

Google+ Circles “helps you organize everyone according to your real-life social connections–say, ‘family,’ ‘work friends,’ ‘music buddies,’ and ‘alumni’.” This becomes useful as your friends join, or you start following well known celebs or tech writers. Each Circle becomes it’s own stream on the Google+ website, allowing you to filter down to just the updates from the people in a specific circle. Many people don’t know that the same functionality exists on the Google+ mobile applications.

END_OF_DOCUMENT_TOKEN_TO_BE_REPLACED 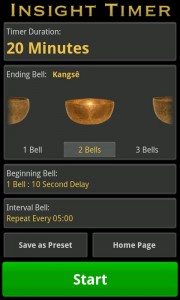 END_OF_DOCUMENT_TOKEN_TO_BE_REPLACED

If you’re browsing this on a mobile phone you should have a much better experience. Yes, MOST mobile phones can view this site just fine. However, the new mobile version should load significantly faster by disabling some of the native plugins, JavaScript, etc and decrease the load time when browsing on a mobile phone. If you prefer the full blown site don’t work… just look in the footer and you can switch back to viewing the site in the normal format. 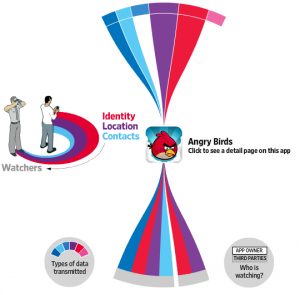 Analyst firm Gartner has released its Q3 2010 smartphone estimates, and things are getting downright ridiculous for Android, which has seen 628 percent growth over Q3 2009 and is now the No. 2 selling smartphone OS worldwide for Q3 2010. There were some 20 million units sold to end users (that’s you and me) in the third quarter, compared to 1.4 million in the third quarter of 2009. 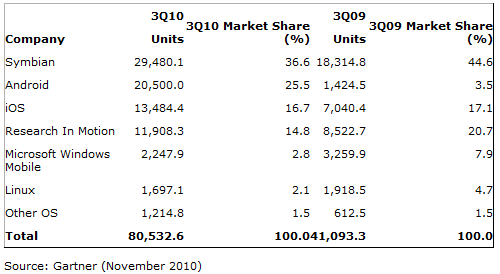 I’ve been saying for months now that the it’s the 80’s all over again. While I still think Apple’s iPhone has the most polished and usable interface, unless they make dramatic changes in how they sell the iPhone the writing is on the wall. iPhone won’t go away, but without multi-carrier/multi-form-factor for iPhone there will be no stopping the Android juggernaut.