You are here: Home / Archives for Tech / Chrome

So… now the only reason I have to go to Facebook is to play Cityville right? (at least until Zynga gets it up and running with Google).

Check the screenshot for an example: 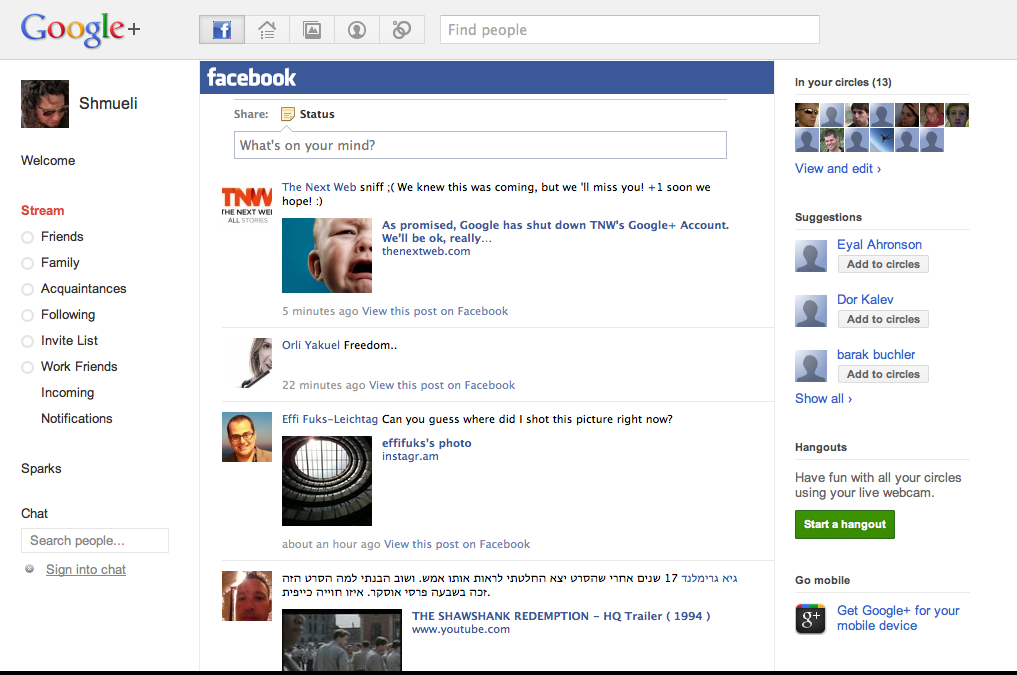 Only works in Chrome or FireFox, get Google+Facebook here.

END_OF_DOCUMENT_TOKEN_TO_BE_REPLACED 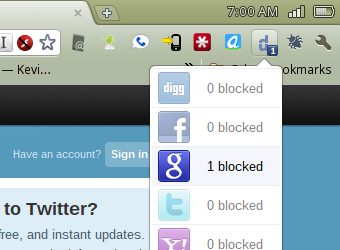 Chrome/Rockmelt: It always seems like a simple, if brutal, call: either keep your cookies, or lose access to a working Gmail, Facebook, and other neat services. Enter Disconnect, an extension that de-personalizes your browsing without cutting off necessary functionality.

Install Disconnect in Chrome or Rockmelt, and you’ll notice it starts building up a tally in its taskbar icon. Click the button, and you can see how many requests—where you came from, where you’re going, what you searched for before, whether your Facebook friends like this page, etc.—Disconnect has blocked from Google, Twitter, Facebook, and other services. Webapps can still do their basic magic, but they lose sight of you as a person whose decisions they can easily track.

Disconnect is a free download for Chrome and the Rockmelt variation. It’s also open source and made by a former Google employee.