You are here: Home / Archives for circles

Hovering over a user name link in Google+ pops up a mini-profile, and some clever users have figured out a simple way to include Twitter style bio’s into them.

Some clever users have figured out a way to make the information in this box provide more relevant information that might help deciding to make a new connection easier. It’s pretty simple and will provide someone hovering over your mini-profile more detail about you. END_OF_DOCUMENT_TOKEN_TO_BE_REPLACED 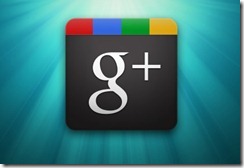 END_OF_DOCUMENT_TOKEN_TO_BE_REPLACED

If you’re used to leveraging Facebook to coordinate events, or if you’re an event promoter who has started using Google Plus, you might be scratching your head on how you can manage events on Google+. Google+ doesn’t have a baked in events functionality yet. However, it’s still pretty easy to create events and then invite your Google+ circles to them, or even make them public for the world to see.

This is a hack method at best… but until a full fledged API is released for GooglePlus this seems to be the best(only?) method for integrated GCal and GPlus events.

END_OF_DOCUMENT_TOKEN_TO_BE_REPLACED

You’ve probably never heard of Google’s Data Liberation Front, but they are an engineering team at Google whose ONLY goal is to make it easier for users to move their data in and out of Google products. We live in a web of services that want to control all of our information and NOT let it out *cough* Facebook not letting us export contacts *cough*.

So they have a funk and fun team name, but in the end this is just another Google service. It lets you easily take your data out of several Google products. So far it supports Buzz, Contacts and Circles, Picasa Web Albums, Profile and Stream. They promise support for more services and products later on; I certainly hope they get on Google Voice soon.

END_OF_DOCUMENT_TOKEN_TO_BE_REPLACED

What I find most interesting is that the claim of Intelligent Design is almost exclusivelyÂ a US based idea. Christians in most other countries are are completely on board with evolution.

Whenever this subject comes up with friends who disbelieve evolution they say “it’s just a THEORY”. Well, yes… that’s true, but they grossly misunderstand how the word theory is used in scientific circles.

You’ve been told that “evolution is just a theory”, a guess, a hunch, and not a fact, not proven. You’ve been misled. Keep reading, and in less than two minutes from now you’ll know that you’ve been misinformed.ï¿½

The Theory of Evolution is a theory, but guess what? When scientists use the word theory, it has a different meaning to normal everyday use. (Theory: A set of statements or principles devised to explain a group of facts or phenomena, especially one that has been repeatedly tested or is widely accepted and can be used to make predictions about natural phenomena. American Heritage Dictionary).

ï¿½That’s right, it all comes down to the multiple meanings of the word theory. If you said to a scientist that you didn’t believe in evolution because it was “just a theory“, they’d probably be a bit puzzled.

In everyday use, theory means a guess or a hunch, something that maybe needs proof. In science, a theory is not a guess, not a hunch. It’s a well-substantiated, well-supported, well-documented explanation for our observations (Scientific theories are explanations of natural phenomena built up logically from testable observations and hypotheses. Teaching About Evolution and the Nature of Science – National Academy Press).ï¿½ï¿½

It ties together all the facts about something, providing an explanation that fits all the observations and can be used to make predictions. In science, theory is the ultimate goal, the explanation. It’s as close to proven as anything in science can be.

Some people think that in science, you have a theory, and once it’s proven, it becomes a law. That’s not how it works. In science, we collect facts, or observations, we use laws to describe them, and a theory to explain them. You don’t promote a theory to a law by proving it. A theory never becomes a law.

This bears repeating. A theory never becomes a law. In fact, if there was a hierarchy of science, theories would be higher than laws. There is nothing higher, or better, than a theory. Laws describe things, theories explain them. An example will help you to understand this. There’s a law of gravity, which is the description of gravity. It basically says that if you let go of something it’ll fall. It doesn’t say why. Then there’s the theory of gravity, which is an attempt to explain why. Actually, Newton’s Theory of Gravity did a pretty good job, but Einstein’s Theory of Relativity does a better job of explaining it. These explanations are called theories, and will always be theories. They can’t be changed into laws, because laws are different things. Laws describe, and theories explain.

Just because it’s called a theory of gravity, doesn’t mean that it’s just a guess. It’s been tested. All our observations are supported by it, as well as its predictions that we’ve tested. Also, gravity is real! You can observe it for yourself. Just because it’s real doesn’t mean that the explanation is a law. The explanation, in scientific terms, is called a theory.

Evolution is the same. There’s the fact of evolution. Evolution (genetic change over generations) happens, just like gravity does. Don’t take my word for it. Ask your science teacher, or google it. But that’s not the issue we are addressing here. The Theory of Evolution by Natural Selection is our best explanation for the fact of evolution. It has been tested and scrutinised for over 150 years, and is supported by all the relevant observations. Evolutionists have been clear about this distinction between fact and theory from the very beginning, if only because we have always acknowledged how far we are from completely understanding the mechanisms (theory) by which evolution (fact) occurred. Darwin continually emphasized the difference between his two great and separate accomplishments: establishing the fact of evolution, and proposing a theory – natural selection – to explain the mechanism of evolution. Evolution as Fact and Theory.

Next time someone tries to tell you that evolution is just a theory, as a way of dismissing it, as if it’s just something someone guessed at, remember that they’re using the non-scientific meaning of the word. If that person is a teacher, or minister, or some other figure of authority, they should know better. In fact, they probably do, and are trying to mislead you. The Cobb County School Board required a sticker with the following text to be placed on all biology textbooks: This textbook contains material on evolution. Evolution is a theory, not a fact, regarding the origin of living things. This material should be approached with an open mind, studied carefully, and critically considered. Decision of the Court Striking Down the Cobb County Evolution Disclaimer. Pretty crazy that a school board, those responsibile for teaching our children, could be so misled about the definition of theory… and they’re teaching our kids.

Evolution is not just a theory, it’s triumphantly a theory!