You are here: Home / Archives for GooglePlus

Google’s personalized homepage has a new interface inspired by Google+. Google is on a roll with unifying their online applications to bring them in line with the styling of Google+. The redesign follows in the footsteps to the changes recently made to Google Calendar and Gmail, and Google Docs and Sign-In.  END_OF_DOCUMENT_TOKEN_TO_BE_REPLACED

New user profile functionality might indicate that Google+ is close to getting brand profiles (aka business profiles).

We know that back in July Google began building a set of “non-user entities” (companies, brands, etc.) who were selected to help with the setup and testing of brand profiles; Ford and MTV were specifically mentioned. For a short period of time you could apply to be in the test group, but the “Google+ Entity Profile Application” has since been disabled. Could Google be close to rolling out their version of brand pages? +Steve Rubel shared a video today that shows some new features already active on users profile pages that might indicate the answer is yes. END_OF_DOCUMENT_TOKEN_TO_BE_REPLACED 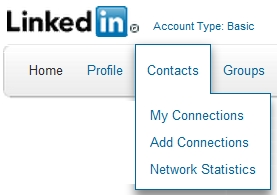 You’ve built a network of professional contacts on LinkedIn; here’s the most direct way to import them into Google+.

There’s been a lot of discussion on Google+ about how to best utilize the social network lately. Last week +Ryan Crowe published an article, “Using Google+ and LinkedIn to Expand Your Professional Network” contemplating the merging of the two and his personal suggestions on doing so. After giving it some thought I decided to toy with the idea of how I’d best leverage the two networks together. The first step of course is getting your contacts into Google+. END_OF_DOCUMENT_TOKEN_TO_BE_REPLACED

Vanity URLs (aka personal URLs) are a staple on nearly all social networks. The ability to personalize a URL for your profile makes it easier to share it with others. Facebook, Twitter, LinkedIn, and most other social sites offer them. However, if you’re on Google+ your profile is identified by a big string of numbers that follow the plus.google.com URL like this: https://plus.google.com/112915508949553064969. Today we’ll look at nine ways you can get a Google+ vanity URL (and the one you might already have). END_OF_DOCUMENT_TOKEN_TO_BE_REPLACED 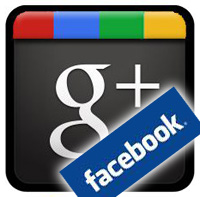 Facebook appears to be blocking users from posting Google+ invites on their site, silently removing the links without letting users know.

This is almost getting ridiculous… first Facebook prevented users from create advertisements on their platform for Google+ related sites. Note that this wasn’t ads FOR Google+, but for sites about Google+ like AnsonAlex’s Google+ tutorials. Sure… I can see them not wanting Google to advertise on their site, but preventing website owners from creating an ad simply because it has to do with Google+ seemed a bit outrageous.

Plusheadlines is reporting that Zuck’n’Friends are now not even allowing Google+ invites to be posted/shared on their platform. What’s worse is they aren’t “blocking” the postings, they are silently removing them without letting the user even know. Sure does sound like Facebook is taking Google+ as a serious competitor. Turns out getting around it is pretty easy:

Our recommendation is to simply use a URL shortener and post that link on Facebook.  It’s interesting that Google’s Vic Gundotra also has become aware of this issue.