You are here: Home / Archives for HTC Touch

The backlight manager on the Touch pro is not the best, so 1 member from xda-developers, nik3r made LUMOS, a complete HTC Auto-Backlight replacement. The 1st time you install it, will calibrate, just follow the onscreen instructions. That’s it. You can also put in exceptions for programs like GPS navigation etc, that you want the backlight to stay constant e.g. Tom Tom etc.

Check it out here at Xda-developers 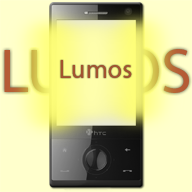 You can personalize your operator name on the HTC Touch Pro with a handy little program made by a craft fellow over at XDA. It’s been said to work on all Windows Mobile devices but definetely works on HTC. It was made by a developer at xda-developers called NP9660.

Download the cab file here. Install on on to your main memory, not the SD card. It will prompt you what text you want to have in place of your operator name. That’s it. If you want to change the text, just go to Start>Programs>Personalizer. 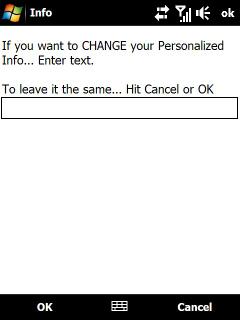 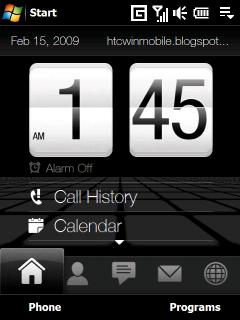 Some people were having trouble with HTC Home being turned on after a soft reset. To work around it, open “Personalizer StartUp.mscr”. The last entry enabled HTC Home, changing the final value to “0” fixed the problem.

Open source application Blue Lock monitors the proximity of your Bluetooth phone or device and automatically locks your computer whenever it’s out of range (e.g., you’ve walked away from your computer). The usefulness will depend on the strength of your Bluetooth devices, since it’s not really going to do its job if you’ve got a strong signal and receiver that keeps a connection from across the office. But if it works well with your Bluetooth devices, Blue Lock provides a simple way to keep your computer secure when you step away for a few seconds but forget to hit Win-L to lock your workstation. Blue Lock is free, Windows only.

Unfortunately, despite the fact that my phone DOES pair with my laptop, I couldn’t get Bluelock to work. I currently have an HTC Touch (Sprint Touch aka HTC Vogue). Bluelock flat out won’t find my phone. Ce la vi… maybe it’ll work for you cuz it sounds like an awesome concept.

If you don’t really use or care for the built in HTC TouchFlo you can disabled it… but it’s not as easy as hitting your settings menu. To do it you’ll need to modify your registry (check out Resco Registry editor) and modify the following key:

Set the value for EnableScroll = 0