You are here: Home / Archives for in

29% of Americans say religion ‘out of date’

A Gallup poll of Americans’ attitudes towards religion released on Christmas Eve found significant recent increases in those responding either that they have no religious preference, that religion is not very important in their lives, or that they believe religion “is largely old-fashioned or out of date.”

Only 78% of Americans now identify as Christian, while 22% describe their religious preference as either “other” or “none.”

Most of these changes have occurred since 2000 and represent the first significant shift since a sharp decline in religious adherence during the 1970s. Over the last nine years, the number with no religious preference has grown from a level of around 8% to 13%. The number for whom religion is not very important has climbed from just over 10% to 19%. And the number who believe religion is out of date and has no answers for today’s problems has jumped from slightly more than 20% to 29%.

These changes do not appear to have affected the majority of Americans who still consider religion “very important” in their own lives. That figure remains at 56% — roughly the same as for the last 35 years — while 57% still say religion has answers to most of the world’s problems.

The biggest difference is that in the late 1990s, up to 68% of Americans though religion had answers to the world’s problems — even though only about 60% said religion was personally very important to them. It seems as though over the last ten years a significant number may have gone from believing that religion is a positive factor in the world, even if they’re not particularly religious themselves, to seeing religion in a far more skeptical or even negative light.

Of interest is those claiming ‘No Religion’ make up the third largest group in the United States. 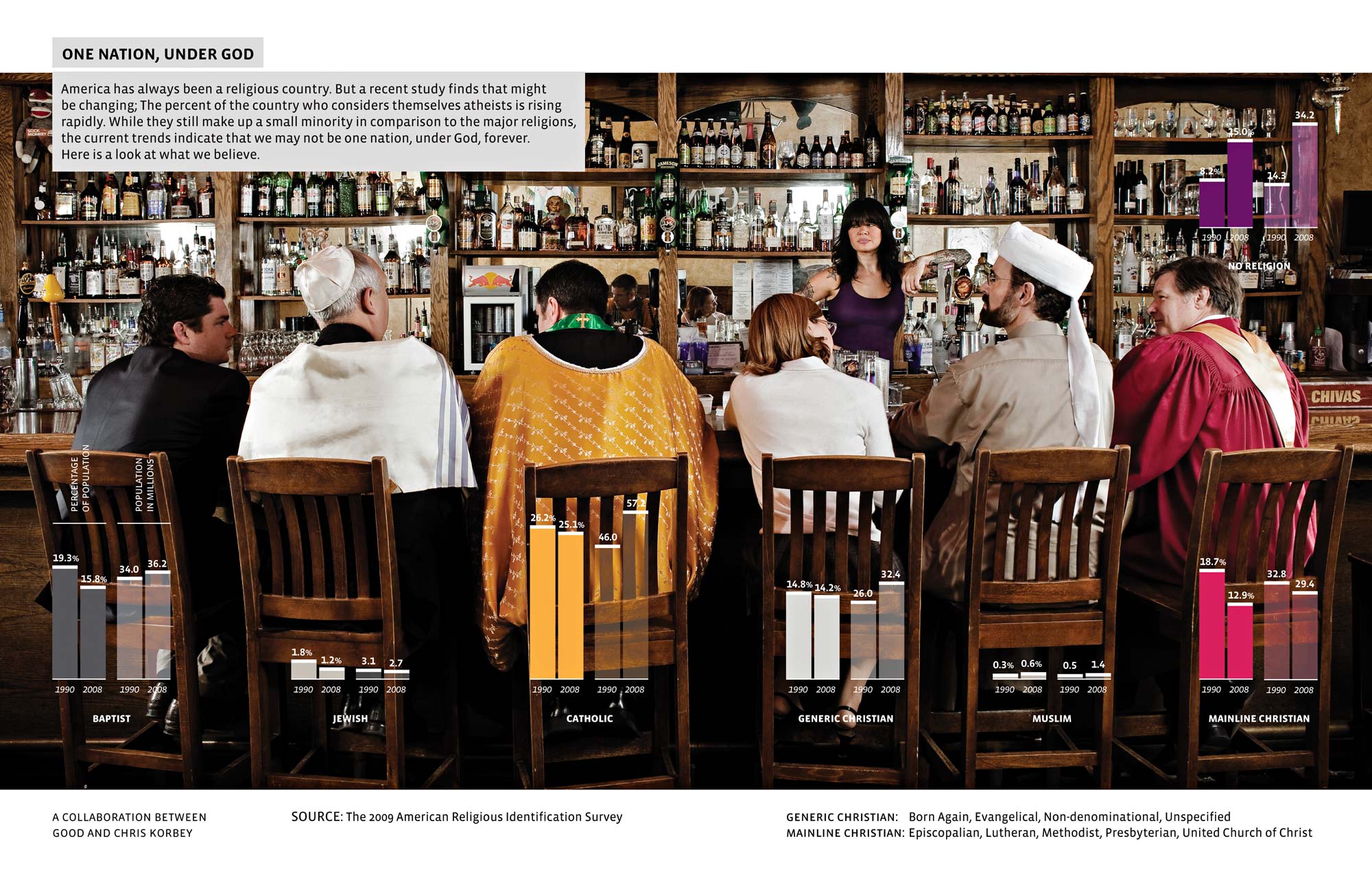 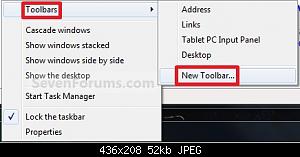 2. In the Folder line, type or copy: %userprofile%\AppData\Roaming\Microsoft\Internet Explorer\Quick Launch 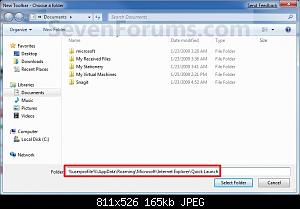 3. Click on the Select Folder button. (See screenshot above)

4. You now have a Quick Launch toolbar on the taskbar.
NOTE: Click on the arrow to see your Quick Launch shortcuts

5. To expand the Quick Launch Toolbar

A) Unlock the taskbar

B) Left click on the dotted lines and hold, then drag it to the left or right to adjust to unhide all of the icons. Release the left click when done. 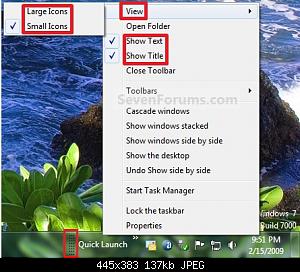 C) Lock the taskbar to snap it in place. 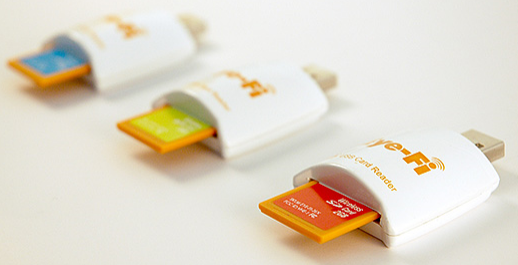 Never scrounge around for a USB cable again! Eye-fi is a magical orange SD memory card that will not only store 2GB worth of pictures, it’ll upload them to your computer (All Eye-Fis), and to Flickr, Facebook, Picasa (or 14 others) (Eye-Fi Explore and Eye-Fi Share), even geo-tag them so you can see exactly where in the world you took the photo (Eye-Fi Explore) wirelessly, invisibly, automatically!

This little guy looks like a normal 2GB memory card and works with nearly any camera that takes SD memory. There are no antennas, no protrusions, no subscription fees, and no cables.

Ok so 2GB isn’t that big for a memory card these days BUT with Eye-Fi you set up the card once with the included USB card reader, choose a photo sharing service of your choice then slip the card in your camera.

From then on, you never have to touch anything. Just take photos. Whenever your cameras near the wireless network you selected and idle, Eye-fi will upload all your photos (JPEGs only) to your computer and/or online photo sharing service. Eye-Fi works out of the box with a ton of services that support image uploads. 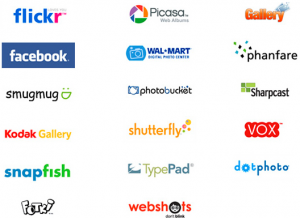 Found this at Motivated Photo’s… classic! 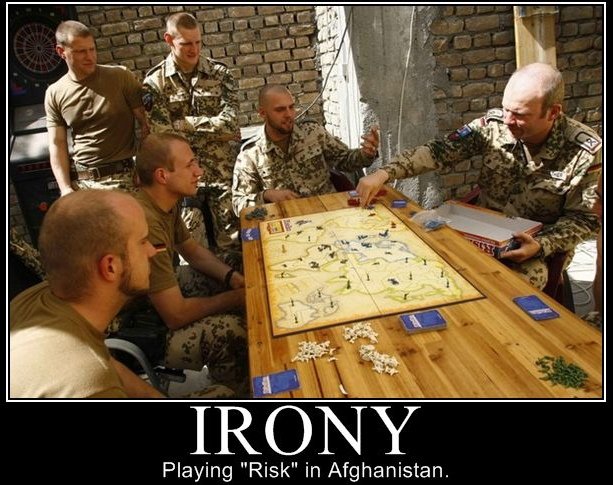 If you want to view all of your saved usernames and passwords, open Options under the Tools menu and select the Security tab. Click Saved Passwords to open a list of every site you’ve ever saved a password for. Again, click View Passwords and the list will display all of your passwords. You can’t print this list, but you can just as easily take screenshots if you want to print out your passwords for safekeeping. Isn’t this a huge security hole?, you may ask. Why yes, it is. Knowing how easy it is for anyone with access to your PC to view all your passwords, maybe you’d like to password-protect your passwords. In the Options | Security tab, click Use a master password and enter a password. Now this password will have to be entered any time you or anyone else tries to view saved passwords. You’ll be asked to enter your master password every time you open Firefox; without it, Firefox won’t automatically enter saved passwords for you. Make sure you don’t forget this one!