You are here: Home / Archives for Politics

Congress Tells Court That Congress Can’t Be Investigated for Insider Trading – The Intercept
After taking a victory lap for passing a bill meant to curb insider trading, the House declares itself immune from insider-trading investigations.

Because… an insider trading probe violated the separation of powers between the legislative and executive branch. _blank stare_

Oh +Ricky Gervais you have such a way with words.

Personally, I think think she's the poo… so take a whiff.
Auto-Transcript: "I'm David you are welcome to power players and today conversation with senator Elizabeth Warren Massachusetts — — a new book out. She continues to fight to save the middle class and she reveals that moment at the White House that very tense meeting. With president.

It was hot out. The president wanted to meet — you outside. — you said it felt look at green version of hell he's tall tall hedge so there was no — And you know presence and dozens — thought he kept hitting but it was a tense meeting — because you want to lead this agency.

I never made any secret and the fact that I would have loved to have — and sent the agency. There's an idea that I got from Elizabeth Warren long before the financial crisis. Elizabeth was sounding the alarm on predatory lending in the financial pressures on middle class families.

But let's also be really clear. The big banks had sent from the very beginning they would kill this — They didn't want me to lead it. And their Republican friends in the United States and it had made it clear.

That they were not gonna confirm me to lead to an ancient as president said he was because you make them nervous that's right. And — All I think he's right I think I did — income — — — You also write about Larry Summers one of president's top economic advisors he says to you you have a choice. You can be an insider.

— can be an outside. Entity thinking at that point — — make a choice he said outsiders. Can make a lot of noise but insiders — — countless.

Insiders have a chance to influence. What's happening. But there's a cardinal rule.

Insiders. Never criticize other insiders. And at that point you were not — senators know I was I was on the outside — much argument inside are now.

I can does too — it's — ask a question about supervising. Big banks when they break the law it was your first appearance before the banking committee as a senator. Yet when you're sitting in front of the banking regulators.

And you ask them. Tell me a little bit about the last few times you've taken the biggest financial institutions on Wall Street. All the way to a trial.

And the response. Came by. There was a lot of science and — — contact everybody wanted to look somewhere else.

Because that's the real. — after. You know the little fox somebody who you know gets caught with a couple of ounces of marijuana.

Boy you better believe there's someone there to go after — But these huge financial institutions that launder drug money that have broken. Our sanctions with a — that have tried to fix interest rates. Suddenly.

There's no enthusiasm no appetite. To take those — to try to say you're responsible you're the one who did this. And you have to be accountable to the American people.

Boy you want to talk about tilted playing field there — — — out on the campaign trail and you famously said smell this country who got rich. His — Nobody. — — — What you also — — point do you want to be clear about something you moved your goods to market on roads that the rest of us — paid for.

You hire workers but the rest of this help paid educate. You had police services and firefighters to protect you get all of — help pay for. And you can't — good free use.

But you've got to take some of — and be willing to pay it forward. So that the next — has a chance to make it big and hit after that and — after speaking of — a lot of people that don't buy that argument things I did build some might. We old contributed to creating the right conditions so that everybody would get a chance we've got to remember.

All of us benefited from the investments other people made an — you write that my mother usually pick me up from school. And our bronze toned stationed way in and one day she shouldn't — — — Off — Studebaker that your father had driven back and forth to work and US for the station like ones and she said. It's the and willing to — understand — senate.

Going. And she said. It's gone they couldn't couldn't keep making payments — and it had a heart attack.

About work for a long time the medical bills have piled up. They lost the station wagon. And now we were on the edge of losing her home.

My parents. Worked hard. Date they were good people.

And we had our ups and downs like most families. Around this country. But I learn when I was twelve my — had a heart attack.

The good people content smacked in the hand. Economically. And the whole — can be turned upside down.

When I was growing up we had a chance to get back on our feet are still had a chance to go to a college that costs fifty dollars a semester there were still. Lots of opportunities lots of second chances and third chances. Today.

Families are tangled in — The kids have to pay incredible. Prices to go to college and we're not building. Those same opportunities those same second chances for families for our kids.

That we built a generation ago. And we don't make some changes this could fundamentally change this country and that's it for this edition of power players thanks for watching. I'm David — for ABC news and Yahoo!"﻿

Video: ‘You Make Them Nervous’: Why Obama Told Elizabeth Warren she Wouldn’t Lead Consumer Watchdog Agency
Sen. Warren tells story of her life and career fighting for the middle class in “A Fighting Chance.”

BillShrink brings us a pretty interesting graphic displaying the credit score of each US state. How does yours compare? 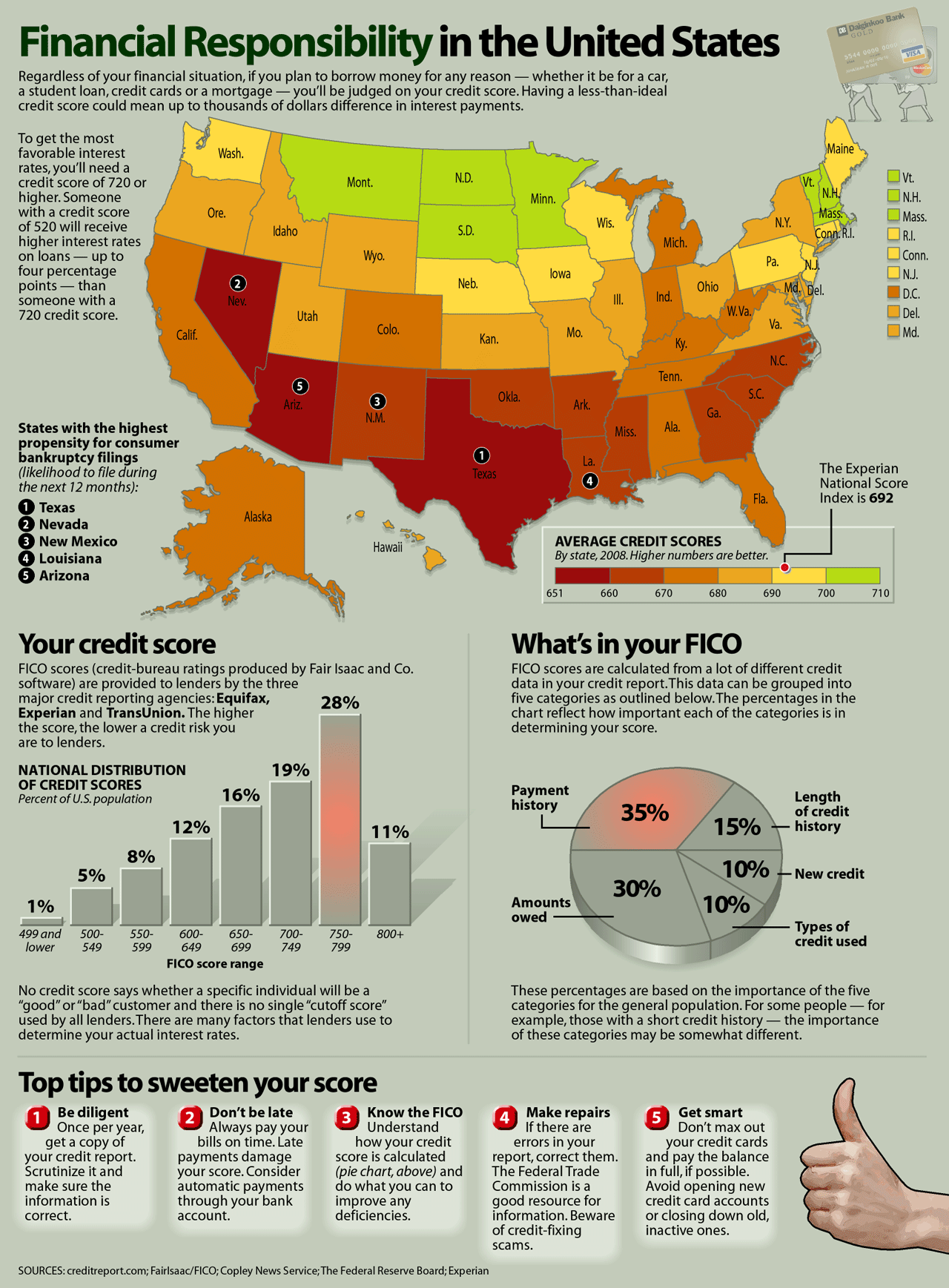