You are here: Home / Archives for TBT 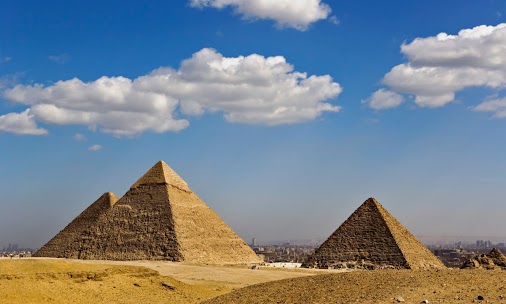 Ben Carson: Egyptian pyramids were grain stores, not pharaohs’ tombs
Republican presidential hopeful stands by remarks made in 1998, but criticised ‘scientists’ who he said claimed pyramids were built by ‘alien beings’

Archaeologists are wrong according to Carson (video in the link). Egypt’s pyramids were built by the biblical Joseph to store grain and were not, as archaeologists believe, tombs for pharaohs.

"My own personal theory is that Joseph built the pyramids to store grain. Now all the archaeologists think that they were made for the pharaohs’ graves. But, you know, it would have to be something awfully big if you stop and think about it. And I don’t think it’d just disappear over the course of time to store that much grain.

And when you look at the way that the pyramids are made, with many chambers that are hermetically sealed, they’d have to be that way for various reasons.

And various of scientists have said, ‘Well, you know there were alien beings that came down and they have special knowledge and that’s how, you know, it doesn’t require an alien being when God is with you’."

The video is from 1998. Asked on Wednesday if he still held these views, Carson told CBS News: "It’s still my belief, yes."

for some 1998 sweet sweet anti-science.

Aw man just wait for that horn breakdown at the 1:55 mark.

I can't find where this came from beyond this post https://goo.gl/EVr4yh but dayum does that look awesome or what?!?!

For his latest track, Jonny Wilson aka Eclectic Method electronically manipulated the mighty roar of everyone’s favorite towering fuzzball, transforming the wookiee’s howls into a catchy EDM track. And if you don’t like it, Chewie might just pull your arms out of their sockets.