You are here: Home / Archives for video

You’ll now have the ability to put someone on hold during a call, accept another incoming call, and switch between the two calls; just like a land line that has call waiting enabled. The only limitation with this new capability is that you’re only allowed two outgoing calls to physical phones at the same time.

As Mashable pointed out last year, U.S. and Canadian calls placed through Gmail’s phone and video system will be free through 2011. Best of all, these new multi-line features work with Gmail’s phone, voice and video calls. 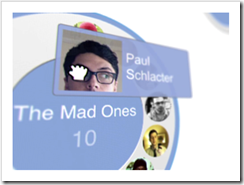 If you’re curious about Google+, the new social initiative by the worlds largest search giant then check out Wired’s Inside Google+: how the search giant plans to go social. In a sea of tweets and posts this is the most comprehensive review of what Google is providing, as well as what they’re hoping to accomplish: another shift in how we use the Internet.

END_OF_DOCUMENT_TOKEN_TO_BE_REPLACED

Every time a guy makes a mistake in bed, Scott Baio is there to make everything right again. HI-larious.

He Puts It in the Wrong Place – Watch more Funny Videos

Ok Granted the entire scientific community isn’t 100% on board with all of this but it’s still fascinating. Dr. Michio Kaku is fascinating to listen to…