You are here: Home / Archives for Wednesday

How Congress is quietly trying to keep millions of women from getting birth control
Politicians who propose Title X funding will probably never meet the woman who loses access to birth control because of it. But they will change her life.

"Half of all pregnancies in the U.S. are unintended, and for these patients, seeking birth control and reproductive health services through this program is a last resort, and can literally be lifesaving. That we would deny them essential care is unfathomable, but even more so because the American way of life holds family sacred. There is no sanctity in forcing a woman, who wants to be responsible for her sexuality, to live in fear of unexpected pregnancy."

The real target here is Planned Parenthood which because it provides abortion services has been under near constant attack. By eliminating this federal program, though, Republicans threaten to cut funding for 4,200 health centers across the country, including public health departments, which see 27% of patients. These departments actually receive the most Title X funding — not Planned Parenthood. This is complete insanity.

The Muppets are coming back to TV this Fall… on prime time! Here, our favorite characters, as well as a few new monsters have, a meeting about the show’s The Office-like format.

WOAH! This is all pretty good but to see the slickest part go to 2:38 and watch him turn a deck of cards into a flip book style reveal of the card they picked. Totally awesome.

The LOCUST program successfully completed a series of initial test launches last month. Up next: a "2016 ship-based demonstration of 30 rapidly launched autonomous, swarming UAVs," ONR program manager Lee Mastroianni said in a statement. And over the next decade or so, the ONR hopes to deeply integrate these highly-autonomous UAV systems like this into numerous naval platforms — from small ships and tactical vehicles to aircraft and even other, bigger drones. 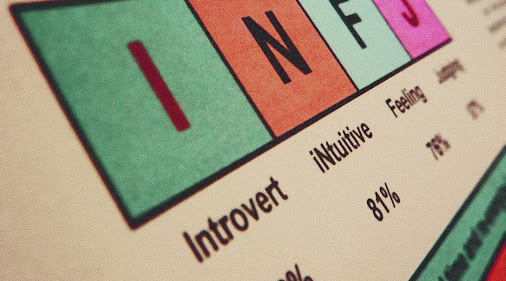 Why the Myers-Briggs test is totally meaningless
It’s no more scientifically valid than a BuzzFeed quiz.

The wildly popular test is based on Carl Jung's principles and were later adapted into a test by Katherine Briggs and her daughter Isabel Briggs Myers, a pair of Americans who had no formal training in psychology.

Vox explains, the Myers-Briggs test is based on personality types developed in the 1940s that have little connection to any real data. More problematic, though, is that it classifies personalities by a binary preference for a particular trait. In reality, however, most people exist on a spectrum between the two and can vary between them from week to week:
"With most traits, humans fall on different points along a spectrum. If you ask people whether they prefer to think or feel, or whether they prefer to judge or perceive, the majority will tell you a little of both. Jung himself admitted as much, noting that the binaries were useful ways of thinking about people, but writing that “there is no such thing as a pure extravert or a pure introvert. Such a man would be in the lunatic asylum.”"

There there's this from Wikipedia: "The interesting — and somewhat alarming — fact about the MBTI is that, despite its popularity, it has been subject to sustained criticism by professional psychologists for over three decades. One problem is that it displays what statisticians call low "test-retest reliability." So if you retake the test after only a five-week gap, there's around a 50% chance that you will fall into a different personality category compared to the first time you took the test." – http://en.wikipedia.org/wiki/Myers%E2%80%93Briggs_Type_Indicator#Reliability